We All Can Learn Something From Ben Franklin....

A funny, but a little eerie, story about Ben Franklin during my recent trip to London:

One morning I was reading the London attractions on a pamphlet that I picked up the day before, and I saw a Ben Franklin's House attraction located on 36 Craven Street in London. Being a Philadelphian and the fact that Ben is a ubiquitous influence in Philadelphia, I was immediately drawn to seeing his London house. Ben lived in London from the years of 1757 to 1775!  I did not know that!

My friends and I ventured out that morning for sightseeing, but we quickly determined that we were not heading in the direction of Ben's house, so I dismissed the idea of seeing his house...As we were traveling about, I looked up and noticed that Craven Street was directly in front of me to my surprise. We walked a few feet, and there it was, but CLOSED.

A bit disappointed, we continued on with our sightseeing. That night my good friend who knows London like the back of his hand took me on a long walk, and all of a sudden, I was standing in front of Ben Franklin's house once again. I pretty much gasped when I saw it! My friend mentioned that this was a street that he never decided to travel upon in the past- he was not quite sure why he had chosen that street. Strong feelings came over me instantly that Ben had something to do with this! Very Odd! Call it what you want, but it felt like Ben was urging this Philadelphian back to his house.

If you have ever been to London, it is not a small city - London is a collection of many, many towns with over 25,000 streets.

Anyway, this inspired me to return back to Ben Franklin's house later in the week at a time when the tours were running. I returned to his house, and I was the only Philadelphian in the group. I smiled proudly during the presentation and tour! Philadelphia is very much Franklin's city.

Ben has left his indelible mark on the world as Postmaster, Printer, Author, Inventor, Philanthropist, Diplomat, Statesman, Scientist - The list goes on! We use his sayings everyday and don't even know it. When you get a chance, google the Ben Franklin Quotes, and these are all very inspirational and on the money!

A small sample of his quotes:

“Nothing ventured, nothing gained!!!”

“He that lives upon hope will die fasting.”

“Tell me and I forget, teach me and I may remember, involve me and I learn.”

“I'd rather be a pessimist because then I can only be pleasantly surprised.”

“Tis easier to suppress the first desire than to satisfy all that follow it.”

“An investment in knowledge always pays the best interest.”

"Be at war with your vices, at peace with your neighbors, and let every new year find you a better man.”

“If you fail to plan, you are planning to fail!”

“Be slow in choosing a friend, slower in changing.”

“A slip of the foot you may soon recover, but a slip of the tongue you may never get over.”

“To find out a girl's faults, praise her to her girlfriends.”

“A Brother may not be a Friend, but a Friend will always be a Brother.”

“The only thing that is more expensive than education is ignorance.”

“He that lieth down with Dogs, shall rise up with Fleas.”

“No one cares what you know until they know that you care!”

“He that won't be counseled can't be helped.”

“For every minute spent in organizing, an hour is earned.”

“There cannot be good living where there is not good drinking.”

“Blessed is he who expects nothing, for he shall never be disappointed.”

“whatever you become be good at it ”

This was Ben's House in London: 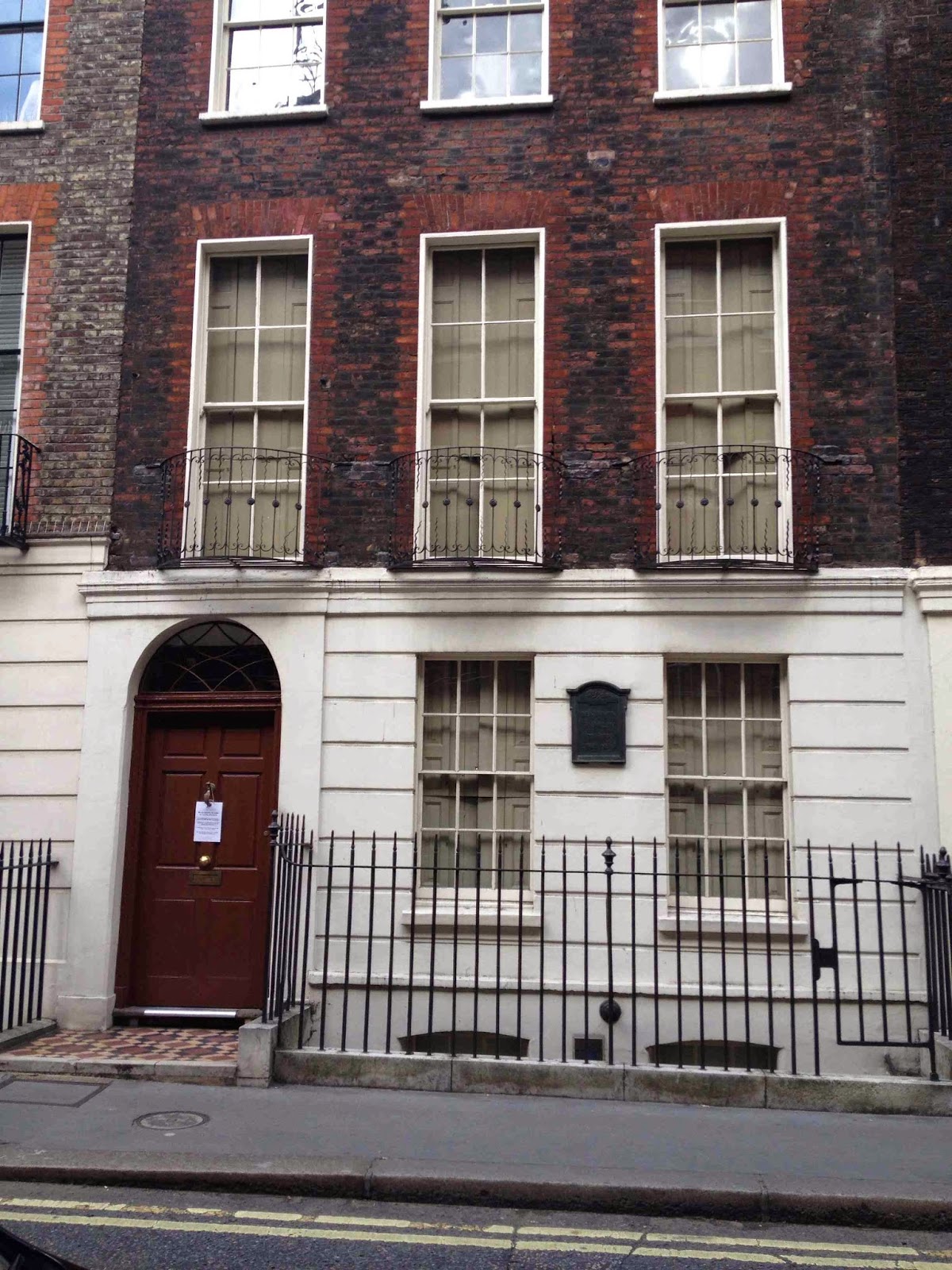 P.S. The tour guide told us that Ben used to sit naked each day on the middle balcony since he believed that fresh air was the key to good health. How's THAT for a visual?!

If you wish to read about Ben's life in 'his' own words, click the link below:

Hello There! I've been collecting vintage jewelry for many years, and I've decided to open an Etsy Shop to sell the vintage items al... 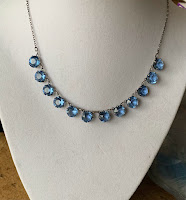